An Armistices had been signed, ending the fighting in the first world war. All nations involved agreed to all go Paris in order to discuss a peace agreement that would end the War. The allies came into the conference, in a more powerful position even though the Germans had not surrendered the allies were the unofficial winners of the war, all allied nations excluding the United States wanted something from the Germany and Germany attended the conference prepared to defend themselves from the attacks they were going to receive.

The French were the most aggressive towards the Germans as they had been invaded by them during the War, being represented by Georges Clémenceau they wanted Germany to pay reparations and wanted to restrict them Economically and Military in order to prevent them from ever being able to invade France again. This request while harsh is understanding as since they were the battle ground for the wars which means their people were most affected during the war, which makes it understandable that they would be bitter towards the Germans and want them to pay.

The British were interested in restoring their former naval power, as during the war Germany was competing with German in order to become the new naval super power. This went against British policy which was to have their navy be two times as big as the worlds second largest navy. They wanted prevent Germany from being able to come close to the British naval party which they were working towards during the War.

The United States represented by their President Woodrow Wilson, wanted to come out of the conference with an agreement that would prevent a war from happening ever again. They wanted everyone to go easy on Germany in order to prevent any resentment and he wanted to come out of it with an agreement which would prevent the nations from going into another war. They wanted to this by creating the league of nations. They also wanted to give equal rights to the seas and economies to all European nations to allow them to all rely on each other to make war less realistic.

The Paris Peace conference was a very momentous event, that affected global politics for decades to come and was also one of the main causes for the second World War as due to what was done to Germany in the peace discussions.

When the War began in 1914, the United States took a neutrality stance and continued to trade with the countries on both sides of the conflict. Although very quickly the Germans began to implement their war policy of Unrestricted submarine warfare. Where they would use U-Boats to attack a ship that wasn’t German which included ships with American civilians inside. This caused the sinking of British ship Lusitania which was a civilian ship was shot down by German U-Boats and the ship was carrying 128 American. 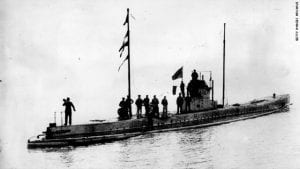 This caused Woodrow Wilson the American president at the time to send a strongly worded letter to Kaiser Wilhelm the leader of Germany at the time. This lead to strict regulation on the use of U-Boat to the point that it wasn’t worth using. This lasted about two years but then the military higher-ups convinced the government to reinstate the U-Boat attacks, which they did.

Later on, during the war, Germany decided to reinstate the U-Boat attacks saying that it was not worth the disadvantage they got while fighting just to please the United States. Saying We have been challenged to fight to the end. We accept the challenge. We stake everything, and we shall be victorious. This increased tensions between Germany and the United States and it pushed the US closer to the Triple Entente. What pushed them over the cliff was when they offered to help mexico take over the land that the US had taken from them in the past. The message was intercepted by Britain and they relayed the information to the US ambassador in London.

This was considered unacceptable and US president Woodrow Wilson asked congress to give him permission to join the war. Soon after  the Germans lost the war, this was maybe the biggest mistake they made during the war!

The first world war was filled with many memorable battles between the Triple Alliance and Triple Entente. One of the most memorable being the Battle of The Somme. This is one of the most bloody battles of the first world war. The United Kingdom sent an army of young soldier to attack the French-German border and to expand into Germany. They had come up with a battle plan to attack the Germans without risking the lives of their soldiers. The plan was to constantly bombard the German trenches in order to kill off of them and destroy all their weapons so that the soldiers could simply go through with no resistance. The Germans were prepared for this and dug very deep trenches to survive the bombing; 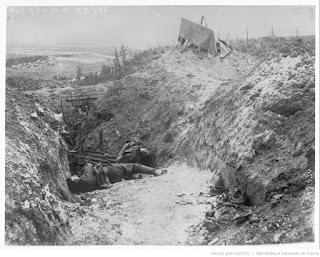 This picture shows how deep the trenches were that the Germans dug to survive the bombing, The majority of the German soldiers survived and when the British we marching the Germans prepared their machine guns and let loose on the oncoming British forces. A report form Otto Lais a German soldier that was present during this battle wrote;

“Wild firing slammed into the masses of the enemy. All around us was the rushing, whistling, and roaring of a storm… British shell rushed towards our artillery which was firing courageously… The machine gunners were earning their pay today. But after the belt was fired, 250 rounds-1000-3000”

This account shows how prepared the Germans were and it was such a slaughter that the German officer felt surprised even in the way in which he wrote his story. Another account from George Coppard a British machine gunner who stayed back and later saw the scenes of the battle said;

“Hundreds of dead many of the 37th Brigade, were strung out like wreckage washed up to a high water mark. Quite as many died on the enemy wire… Concentrated machine gunfire from sufficient guns to command every inch of the barbed wire, had done its terrible work… How did our planners imagine that Tommies(British soldiers) having survived all other hazards.”

What we can understand from this quote is that they were prepared for victory the soldiers knew the plan and kept fighting as we saw from Otto Lais account but as said by George Coppard the planners underestimated the German defenses and were foolish to send them out thinking this would have succeeded.

The Battle of the Somme is the deadliest battle of the first World War and on day one the British planned to succeed but were completely outsmarted by the British.